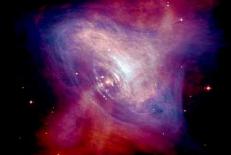 heavenlies a sphere surrounded by a ring. It Though it was in fact surrounded by darkness and stars in the heavens, the ring around it was revealed to be a fabric ribbon. This fabric ribbon was cut with scissors in the heavenlies, representing a cut in the fabric of linear time. The two ends of cut fabric surrounding the sphere just floated in space in their respective locations. Then I saw sticks of dynamite tied into a bomb inserted

into the sphere at the place where the fabric ribbon was cut, and there was a great explosion in the heavens. Then time rewound and the sphere, which had resembled Saturn, opened up. It was the eye of God. He opened His eye by raising His eyelid and the bomb was inserted into the This eye of God looked just like the eyes of Yeshua (Jesus) as He hang on the cross: disappointed, sad and submissive. As Yeshua could have removed Himself from the cross, so the Father could have shut His eye prior to the bomb being forced into it. However, the look in this eye, just like the look in the eyes of Yeshua on the cross communicated a willing, yet saddened, submission to persecution. Then I saw the words “seventh seal” and a wind instrument blown in the heavenlies, as well as the numbers 666. 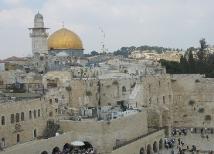 and everything Jewish in nature, was, in fact, the spirit of anti-Messiah (anti-Christ). According to the Most High and oppress his saints and try to change the set times and the laws.” The spirit of Israel. It has happened before in the form of the Holocaust, and it will happen again with the bombing of the nation of Israel. In 2010, however, Israel will begin to take an aggressive stance. other nations against Israel, as God draws to separate His people from the world. A nation will, national identity. The Lord has not revealed the year in which this bombing will occur, but Israel will change her position in 2010. Understanding this revelation should cause all of us in the Body of Messiah to welcome the Spirit of Elijah that prepares the way of the King by turning the hearts of the sons to the fathers and the hearts of the fathers to the sons. We must return to the Biblical foundations of our faith! Now! In this way, we begin the countdown to the Millennial Reign of the Messiah. He will return when Israel cries out “Baruch haba bashem Adonai” (“Blessed is He who comes in the Name of the Lord”). As believers, both Jew and Gentile, return to the true roots of our faith, we restore unity into the Body of Messiah. This unity welcomes the powerful moves of God. of her tribulation comes, and her Muslim neighbors are surrounding her on every side, she will then know on whom to call–Messiah Yeshua. However, all traces of the spirit of anti-Messiah (manifested as anti-Semitism) must be removed from the Body. One cannot war with a spirit if one is submitted to that spirit. There must be a distinction between the Bride and the enemy. As Israel is attacked by bombing (this was not just a few rockets, it was one big bomb that shook the heavens), the trumpet will sound in heaven the divine music to which the angels of God’s wrath will march. Then the curse (Malachi 4:6) will be released upon the sons whose hearts have not returned to the fathers and the fathers whose hearts have not returned to the sons. The fathers are the children of Israel and the sons are the nations. Having been unsuccessful in completely destroying God’s people, the anti-Messiah will then enact his plans to dominate the world and completely obliterate Israel. Israel will then cry out, “Baruch haba bashem Adonai” (“Blessed is He who comes in the Name of the Lord”), ushering in the return of Messiah. Messiah Yeshua (Jesus) will then appear on the Mount of Olives east of Jerusalem and destroy all those who fight against Israel and would stand against His global reign (Zechariah 14:3-5). These things must happen, and they will happen soon. Believers and all Israel should lift up our eyes because our redemption is drawing near (Luke 21:20-28).